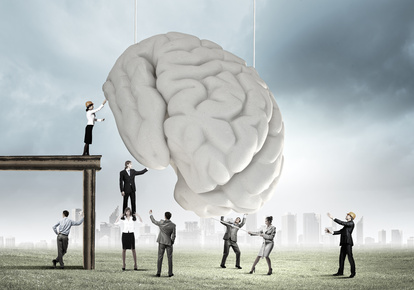 Posted at 11:44h in Change, Psychosomatic by Real Way of Life 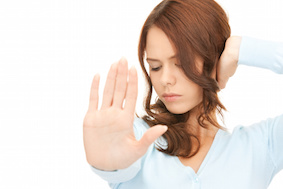 Some patients heal quickly, others don’t. Everyone has their times and, after all, each one of us has peculiar characteristics. Yet, sometimes we cannot explain why a certain situation cannot evolve. The therapist did, and still does, her best and the patient really seems very motivated to solve the issue.

The classic process for such situations used to be the following: a series of specialized tests, going deeper and deeper, in order to find the “small thing that caused so many problems”. Then came some sort of renunciation from “official” medicine, with the words: “It surely is psychosomatic” and the following forwarding to a mind specialist.

This approach revealed to be a paradox. In order to cure a psychosomatic process, something with a tight body-mind connection, body and mind sciences were totally separated. But there’s more – there were divisions even inside the two sciences. A psoriasis, as an example, could be treated by a dermatologist or by a specialist in allergic reactions. At the same time a psychodynamic-oriented psychologist would work on the patient’s unconscious whilst a systemic one on her current relationships. From their respective points of view, everybody was right. But everybody, especially the patient, was missing an opportunity.

Today, fortunately, disciplines dealing with body and mind are getting closer and different approaches dealing with the same filed accept to no longer be “the only one and the best.” All have something good to share, and it is better sharing than dividing. I personally believe in the power of this type of integration between sciences.

I am convinced every physician, psychologist, osteopath, educationalist, speech therapist, complementary medicine practitioner and every other practitioner in the health field could work in a more satisfactory way for both themselves and their patients/clients by identifying body and mind mechanisms with a common sense for all these practices, something like a common language for these different disciplines, in their autonomy and in their tight relationship.

This increases the possibility of action for every practitioner, leaving room for collaborations between them, since every specific information brings an added value. Within reasonable limits, it is useful for a psychologist to understand and be able to act on physical aspects of a cervical problem, as a physiotherapist can help understand the emotional aspects of it.

A lot can be done even from a first level of action. Using the same example, a psychologist can provide self postural perception hints and teach some breathing techniques favouring the correct position of both head and shoulders. A physiotherapist can explain the basic mechanisms for which an emotion can change one’s posture, inviting the patient to find new ways to manage her emotions. Such interventions may be enough only in a few cases. They will anyway give a deeper degree of understanding and an immediate well-being in the short term.

Whenever this is not enough, it will be simple for practitioners to act  in synergy and deal with the problem and all its components with their respective expertise and tools, thus facing traumatic aspects and factors related to complexity.

Every time I experienced this professional synergy I saw an increase of both the work of every single practitioner and the quality of the integrated event. Patients receive immediate advantages as well as being able to investigate the matter with another specialist, which is different than “check with the psychologist, endocrinologist, osteopath etc.”

Which are the basis for this common language? Which are the topics different practitioners may know to act upon the mind-body wholeness? Which mechanisms facilitate or block changes on more levels and in different areas?

We at real Way of Life have been working on this topics for a long time, with direct research and practical applications, also reviewing the most recent discoveries in different disciplines. We identified some recurring topics. Following is a summary.

Today, psychosomatics is a science. And a very integrated one 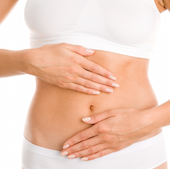 An example comes from the new studies on sickness behaviour, which well outline how depression, once conceived only in biochemical mental terms or as a psychological event, is a complex system linking these aspects even to the immune system at the level of systemic inflammation. Not only that; old beliefs are literally overthrown.

Today, we know serotonin levels do not have a one-way cause-effect relationship with our mood. On the contrary there are several modes, process and “actors at play.” Just to make one of the most important examples: most of the serotonin is produced in the intestine and its production is influenced by its healthy status, which is directly related to nutrition and, indirectly, to excess of stress.

Despite its illustrative nature, what becomes clear is that every practitioner dealing with people’s mood knowing such phenomena and some efficient and risk free basic interventions could do a lot. She can also forward the patient/client to another specialist, providing a unifying reading key and continuity for her patient/client.

Motivation To Change Does not Start from Logic

If motivation had a logical basis, neither parents nor employers would have to repeat a thousand times the reason why it is worth doing a certain thing. The problem is that a teenager or a dissatisfied employee focus on the cons and not the pros of things.

It is not will that makes the difference, but the pleasure that can support it. The pleasure centres in our brain, that are activated as we eat something tasty or have rewarding physical experiences, are the same that lead us to do charity work or work in a team. Oftentimes, it is particularly effective to act upon these centres, especially for scarcely motivated people or with “resistance to change” phenomena.

Motivation may seem irrational, think about people who say they are not seduced by commercial ads. If it really was like that, companies would have already stopped advertising! They always check their revenues after every campaign, and they know the truth well! Of course, different mechanisms are engaged in curating relationships, but people’s basic motivating factors are exactly the same!

It is important to know them and find the right way to activate them on constructive topics. Rehabilitation practitioners, for instance, may find a better way for the patient to practice between sessions.

When dealing with mental and physical health we look at normality, that is most of the people. But most of the people do not provide a good standard, as they do not live in physiology. We can sit in uncomfortable positions, do little physical activity, pay much attention (maybe too much!) to social norms and diffused “life solutions” which are not necessarily satisfying. To better understand how changes in physiology have a big impact on our physical and mental well-being, we developed the ancestral needs idea.

We refer to those needs at the basis of our individual and social development, something we share with other mammals as part of our evolutionary process. Not satisfying ancestral needs leads us, and every other animal, to interrupt our evolution and adaptation. They are our life force, and if they disappear it would make no sense to carry on. This phenomenon is known, as acquired resignation says that, if we cannot satisfy a basic need in a constant way, we block and let go all vital aspects of our lives.

Knowing these mechanisms can help us learn where a person could be “blocked” and act according to both the situation and our professional skills in order to set back a physiological functioning.

The Power of Relationships

Relationships can influence and interact with all the previous points. In relationships people measure their acceptance, their being special, their influence on others and other important aspects for our psycho-physic wellbeing. Every baby mammal learns its limits and resources by playing and fighting with its peers.

They learn to experience and handle aggressiveness in a way that is functional for every situation. With only a few exceptions, humans abandoned this type of experiences and created more socially accepted, but less effective alternatives. We therefore need other experiential ways to develop an emotional and relational mastery of ourselves. It is not a case we face many problems in hierarchical structures.

For animals, authority is based on facts, leadership is acknowledged and covers sacrifice first and then contingent (possible) benefits. Most people generally go for the opposite. Every relationship involving care entails a game of power.

How much are we aware of that? How much does that favour or penalize us?