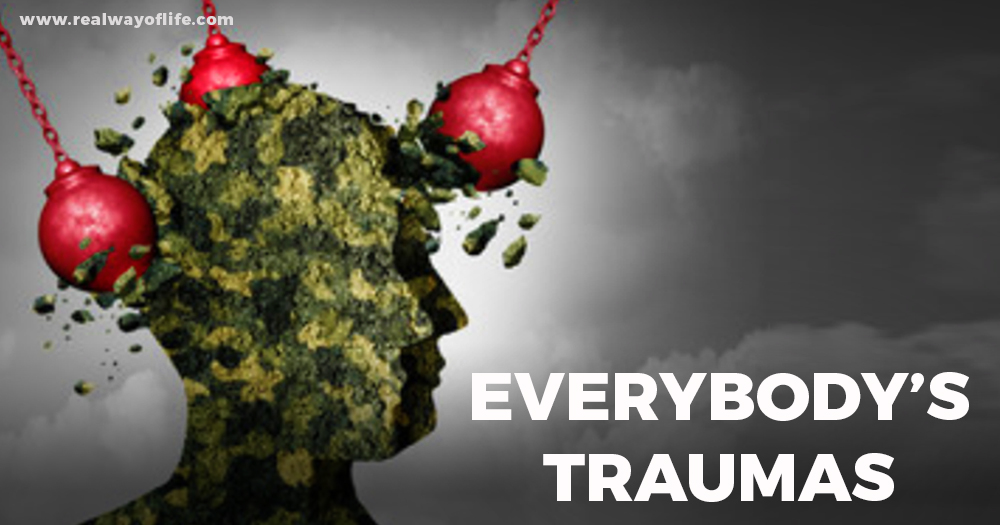 Posted at 17:03h in Change, Emotions, Kids, Traumas by Real Way of Life 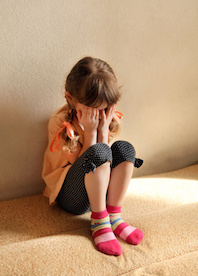 Our previous article about the effects of traumas (in its broader term), stress and affective deprivations on an epigenetic, emotional, brainy level and other structures and functions had a great success. We knew we were touching a very interesting and very discussed topic, but we did not expecting such a great response. We are very happy, since it was about topics we’ve been passionately studying for years and are at the basis of our daily work.

We are very happy to see there is an entire professional community that follows the same direction. The same day it was published, the article had more than 5,000 visits, reaching 12,000 in two days and constantly increasing in the following ones. Positive feedbacks and requests to investigate the matter more thorough caused us to go deeper and make some points more relevant. Considering the complexity of the topic, this is the first of a series of three articles. The other two will follow.

The concept of ACEs (and AEs)

ACEs stands for Adverse Childhood Experiences (but, as we will see, this concept can be extended to other phases of our lives). This word was coined by Felitti and Anda, about “strong” situations which may occur during developmental stages, such as physical, emotional and sexual abuses; physical and emotional deprivations; children with parents using drugs or are mentally instable, in jail etc.; separation or divorce; witness some family violence etc. The first surprising thing of Felitti and Anda’s research is that more than 65% of people had at least an ACE episode during childhood. About 12.5% (that is, one person out of eight) had four or more.

The second interesting datum is that, other things being equal, the number of experienced ACEs is directly proportioned to the risk of developing a mental and physical illness. As an example: a person experiencing four or more ACEs has a 2.5 times odds to develop hepatitis compared to someone with zero ACEs, 3.5 times more the risk of lung cancer or a heart ischaemia. When it comes to the risk of developing depression, numbers are even higher, up to five times, and twelve times more likely to commit suicide compared to people with no ACEs. 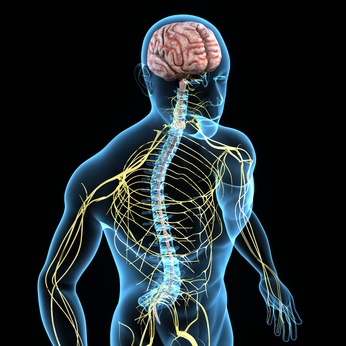 Someone may trivialize data by saying that is only a statistics correlation. But when percentages are so high, numbers always make sense. The scientific reading of data is extremely important.

Fortunately, nowadays sciences studying connection between mental, emotional and physical phenomena are very advanced. Even sciences studying the development of both the body and the nervous system with reference to external stimuli (both environmental and relational ones) made a big step forward in their development.

Reading ACEs data according to these know-how and other important disciplines (like the most recent advancement in evolutionism, ethology, interpersonal neuro-biology etc.) it is now possible to effectively make the entire matter clear with very interesting cues.

Experiencing an ACE during childhood literally modifies the development of the structures and functions of our body. We will see some of them, as others have already been analyzed in the previous article.

An interesting phenomenon for (more or less) all of us

When we talk about ACEs it seems we are talking about very unfortunate children or extreme cases. That is often true, especially when ACEs are more than four. These children deserve all our sympathy as well as every possible effort to help them. I would like to actually bring your attention to the other end. How many of you can say you never witnessed an ACE in your lives? A serious misunderstanding with a strong sense of injustice that lingered for a few weeks or months, an unnoticed act of bullying, parents or other caretakers with unpredictable reactions or who scolded you without you really understanding what really happened… with the right intensity and long-lasting effect, any of these events could have been an ACE. No matter if they happened when we were teenagers or adults.

Perhaps in these cases the structural change of our organs may have been a lesser one, since they were already developed, but something may have occurred anyway. We could surely find a functional alteration. We say Adverse Childhood Experiences, though it should be more congruent talking about Adverse Experiences (AEs) for any age, using the word Childhood to underline its extreme gravity if occurring at childhood.

Let us see some further implications (besides the ones we explored in the previous article), particularly focusing on the emotional responses and their correlates in terms of evaluation capacity, control and addictions. Other articles about the relationship between brain and immune system, implications at body level, cognitive and memory level, as well and mood and personality, will soon follow. 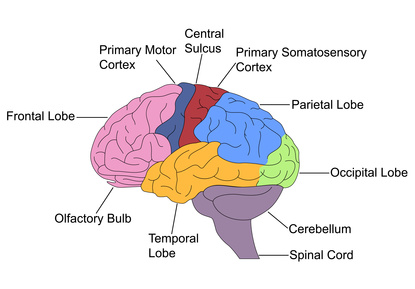 As far as emotions are concerned, there are many cases where a strong stress, traumas or deprivations may bring deprivations on many levels. The Anterior Cingulate Cortex (ACC) alters its ability to send precise messages to the frontal lobe.

On a neurological level, these imprecise communications lead to wrongful involuntary evaluations and interpretations of the surrounding world. These inappropriate assessments may therefore trigger unsuitable reactions.

For this reason, and in order to restore a correct process, it will be essential to correctly evaluate the initial stimuli as soon as a new emotion is activated. It will also be useful to bring ACC back to physiology using a neuro-modulation activity as meditation, mindfulness, regulate your breath, using sensory stimuli as music and light, controlled and complex (from psycho-motricity to learning new manual tasks).

Amygdala is responsible of various emotion related tasks. To name but a few, the identification of dangerous stimuli for our surviving and the link between memories and emotions. After ACEs, amygdala remains hyperactivated, searching and identifying dangers and threats everywhere, even when they are not serious.

This leads to continuous alerted state as well as the indirect re-evaluation (and based in its own right) not to be able to face such a world, where dangers are more than the resources to face them. In order to re-establish a correct functioning, a work of cognitive re-evaluation may be useful; but it is also necessary to act on the perceptive process, the reduction of inputs (even the simple overload of apparently inoffensive information), the creation and experiencing of new safety and mastery situations (for instance through a process or re-modulation of the different levels of activations and the coherence between situation-reaction-function-evolution), better if with a strong physical subjective part, the possibility to identify at least one figure – even if partially contextualized – to place our trust.

When we face a danger, the hypothalamus-hypophysis-adrenal gland circuit is activated. When we this happens as we are facing a real danger, like when a car is about to hit us, the functioning of this circuit can save our lives. When perceiving the danger, these glands pass the message in less than one thousandth of second and the result is the activation of our body to fight or flee.

With the heart pounding and an increased breath, we can have the necessary energies and reflexes to save our life. If this happens now and then, as in nature for all mammals bearing this mechanism, its functioning is excellent and our body has enough time to recover from this hyperactivation.

If, on the other hand, this stress occurs very often, our body remains in a non-physiological state for a long time, changing organs and their functioning, calibrating the good parameters for neurotransmitters, hormones and other vital regulatory mechanisms. This is particularly important for children, as their structures and functions are still in a developing state. Besides every effort to avoid certain types of stress and traumas, it becomes essential to let our body have suitable recovery times.

We developed the concept of Emotional Buffer to state the importance of this topic: the buffer is sort of a filter which prevents incoming overloads, like a siphon before a boiler, avoiding an excessive pressure of the water, yet allowing a reserve when it is not enough. Totally relaxing our muscles (especially the postural ones and those related to protecting from dangers) and a natural sensory stimulation (for example with natural light without focusing on a fixed point) are two efficient factors when the emotional buffer sets in. 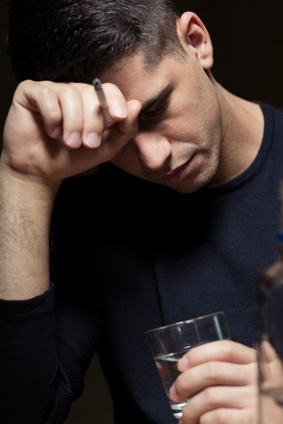 Evidence proved that, at the level of nervous system, the Nucleus Accumbens suffers an alteration. This center of pleasures and rewards is directly linked with addiction tendencies. NA plays an important role in settling the gratification effect caused by alcohol or other substances.

When its functioning is compromised, we are led to look for external “short-cuts” to experience gratification. It is a complex mechanism, but here we can extract two important concepts for the recovery possibilities offered by this system.

The first one is based on an indirect dopaminergic mechanism, for which expectation is more fulfilling than gratification and therefore release dopamine. It will be essential to work on expectation, its “mentalization”, modulation of waiting and the active-passive balance in gratification. The second important element is the natural production of internal opioids which maternal cares, in particular the physical contact, caressing and reassuring hugs, can activate.

Thus the system “learns” to find gratifications and comfort in the relationship, in the contact and the physical aspect in general. Besides that, it settles down in physiologic oscillations allowing some frustration to be tolerated, quietly waiting for the end of the emotional storm and/or activate oneself to find ways to be constructively relieved, either alone or with other people.

Is this developing phase was missing it is essential to be able to experientially revive its main characteristics, so that it can be learned on a deep level and not only cognitively. These mew modes can be developed in many ways: in the therapeutic relationship, through body gratification, constructively using the relational dimension, acting on all three factors at the basis of the creation or change or behaviors and habits, turning external pleasure into something active, food and drinks with no side effects, activities with a gratifying rhythm and a pleasant waiting, like in some sports or productive and/or artistic activities.