Out of place postures: understanding others through postural and emotional flows | Real Way of Life 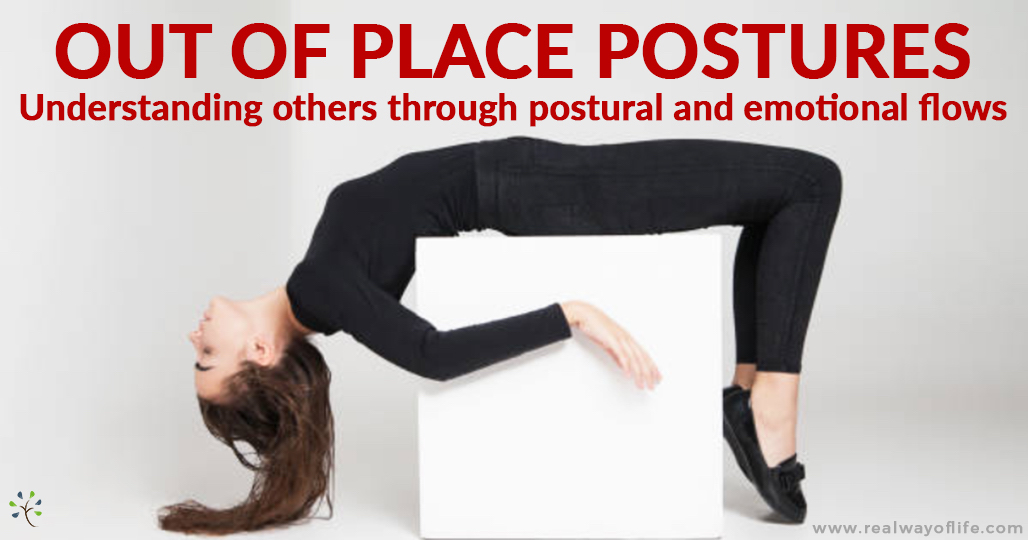 26 Jul Out of place postures: understanding others through postural and emotional flows

Over the holidays there’s more leisure and opportunity to observe other people. In addition to this, we are able to see them outside their usual environment in places like the beach, the mountains, or around cities, far away from the usual settings they live and work in. 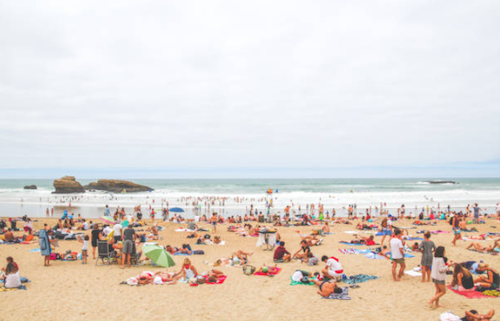 As a result these are the ideal conditions in which to develop and acquire new observational skills. To achieve this, we’ll analyse 3 examples and provide 3 practical tips below, so keep reading through 🙂

This article’s specific focus will be on easy and versatile applications of the Out-of-place Postures Strategy. The ways we modify (or, instead, remain stuck in) our posture, are part of adaptation Flows (ideational, communicative, motor, postural, relational, etc.). You can find them in the Change Switches, area n. 5.
They can also be considered and handled as part of the Modulation phase or as the Pre-Conditions in the Integrative Functional Patterns model.

This is an observation technique that started out as a game, but that I have realised is actually very useful.

The basic idea is simple: watching people with a particular focus on their posture and way of moving and then trying to imagine in which context their posture would be perfectly appropriate.

The body in fact often retains postures that are no longer useful, even once the troublesome or stressing event is over. In other instances, response systems (adaptation, motor or defensive) are retained in a generalised form that is not targeted to the specific event or context.

Identifying these patterns can be very useful to help fully understand a situation, a person’s history and how to intervene pragmatically right from the start to help them.

Let’s look at a real-life example that struck me a few days ago.

I saw a girl in her thirties on the beach sitting on a folding chair under a beach umbrella. She seemed very tense and not at all at ease.

Looking closely, I noticed the following:

All these details together (it takes longer to read them than to look at them!) led me to imagine her on a plane during turbulence; she was displaying the typical reaction of someone afraid of flying who was boarding their first flight.

This system uses our imagination to understand when physical activation and personal history are literally ‘out of place’, or, in other words, when they are not typical of, or appropriate to the outside context.

This can happen for various reasons: it can be the cause of Adverse Childhood Experiences (ACEs), trauma, chronic stress or implicit learning.
In any case we mustn’t confuse our imagination with a proper diagnosis. Rather, our imagination

provides a way of empathising with other people’s suffering and potentially finding a ‘bottom up’ solution (one that starts from the body) to help them, at least in part, to feel better in that particular context.
It is in fact tried and tested that advising someone to ‘relax’ (taking a ‘top down’ approach) rarely works and instead contributes to irritating the person involved even more.Let’s look at some further examples and practical tips.

Keeping to the beach setting (although this could also take place in a field or at the tables of a bar in town), you sometimes see people reclining in a chair or deckchair and practically sinking down into it. Their backs are curved like a giant spoon or a satellite dish.
In this instance – unlike in the previous example – there is no muscular tension; the shoulders are not pushed forward, rather, it’s as though a huge hand has pushed down the middle of their chest and their bodies passively and clay-like took this new shape. Their hands typically rest in their laps holding each other.
The other classic feature of these people is their gaze which usually features a slightly down-turned head with rapid eye movement, as though continuing to inspect the surrounding area.

Using the out-of-place posture technique, I am led to imagine a hurt or frightened animal looking outside from its den to ensure that danger has passed or that their enemy has finally gone.

This second example, when compared with the previous one, helps us analyse two different types of fear and different strategies to contrast them:

These dimensions of experience are very useful for analysis and can be acted on by restoring active states of recovery and control as well as safety (both internal and external).

This posture is typical in people that are walking or that have stopped to chat to someone.

Their shoulders are low as though they were holding a couple of shopping bags or two heavy suitcases. Coherently with this pose, the arms are wide and their fists clenched as though over the handles.
Their eyes are narrowed such as when you come out from a dark tunnel into the light and their jaw is clenched.
The legs are slightly apart: if the person is standing still then the body leans a little forward and upwards; if they are walking they tend to appear as though they are leaning forwards and are almost compressed downwards.

We’ve used alternative settings even in our description of this posture (while holding the shopping or suitcases) and referred to conditions of physical discomfort and weight on the arms that in reality are not present. We’ve clearly therefore described an already out-of-place posture.

We can, nevertheless, take a further leap with our imagination and picture the person in the role of a fighter that is going towards their adversary and wants to frighten them right from the very start.

This type of posture provides you with the opportunity to take advantage of details. Small movements are often unconscious, but when they are highlighted they become very powerful. They can be accepted without feeling judged and can be changed easily, without too much effort, but still have a good biofeedback effect. 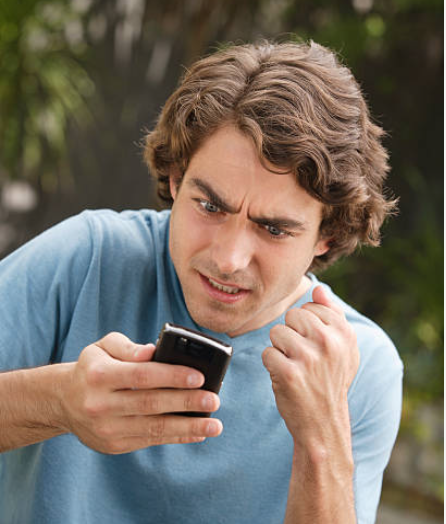 For example, many people hold their fists clenched in out of place contexts: when they eat (clenching the fist they are not holding cutlery in), while they speak on the phone, or in front of the computer when they are thinking as they wait for inspiration.

Almost no one is aware of this and when it is pointed out to them they are surprised. You can suggest analysis of the ‘different out of place gestures’, to understand whether this takes place all the time (hyperactivation or sedimented generalised adaptation process), or only under certain circumstances (identifying sensitive elements) such as for example during work lunches, but not at home, with people in authority, but not with friends and colleagues etc.
In addition to this, you can suggest that they relax their hand as soon as they notice the contraction so as to weaken the automatism and get an initial biofeedback that works towards regaining a physiological state.
Happy people-watching and experimenting!