Rethinking psychosomatics and resistance to change: an integrative approach | Real Way of Life 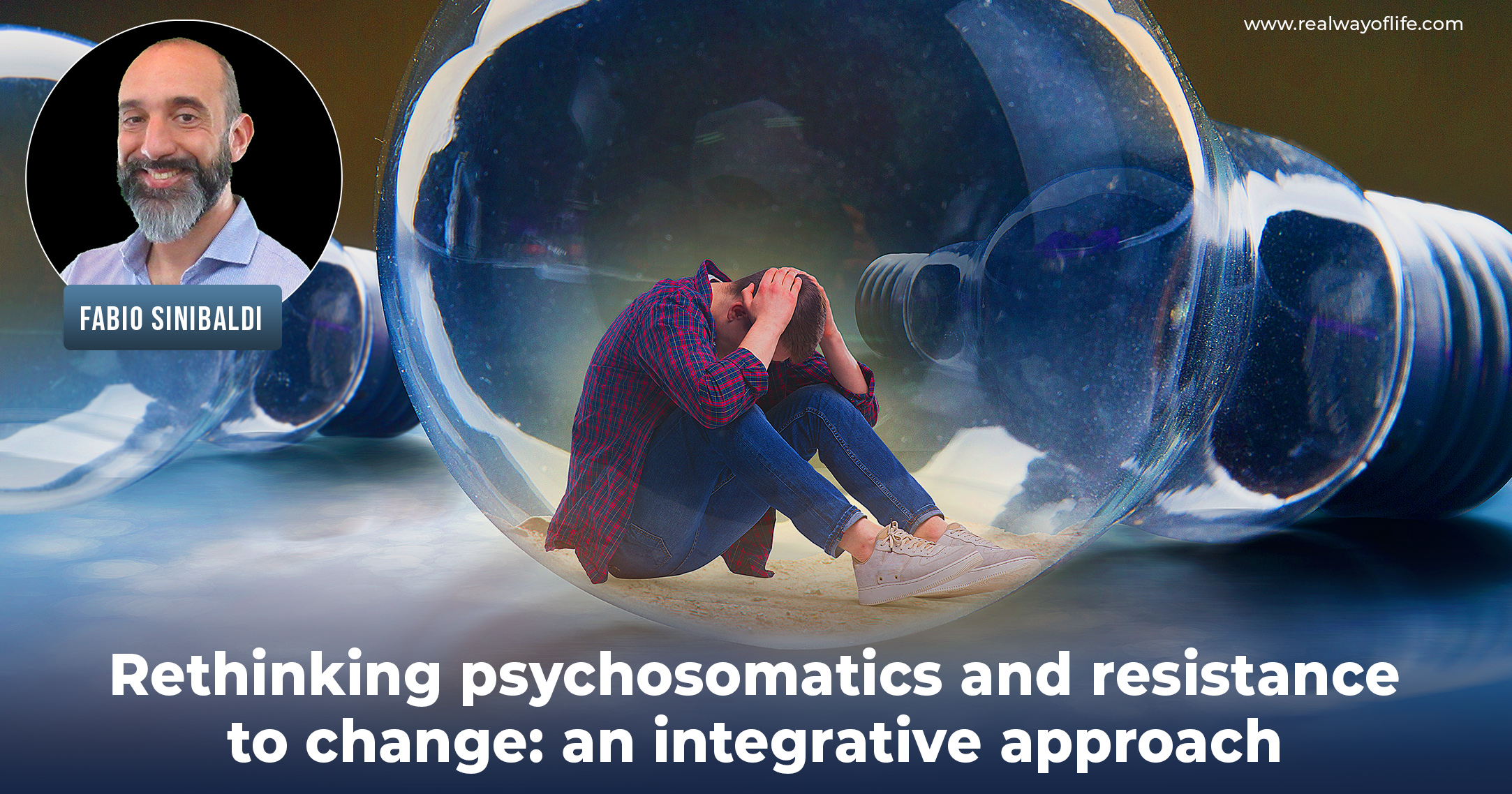 01 Jan Rethinking psychosomatics and resistance to change: an integrative approach

Posted at 19:13h in Change, Emotions, Psychosomatic by Real Way of Life

When we look at the way that a person ‘works’ – their reactions, their modes of being, their more or less effective ways of adapting to reach their objectives – we are actually only observing the end result of a complex system of processes and phenomena taking place inside them.

Various processes are taking place: some sequentially, others simultaneously. Some steps affect those that come directly after, and often there is a system of retro-feedback which allows the re-evaluation of what is happening so as to respond more flexibly to a change in the environment, in other people, or even in the resolution of the initial situation. 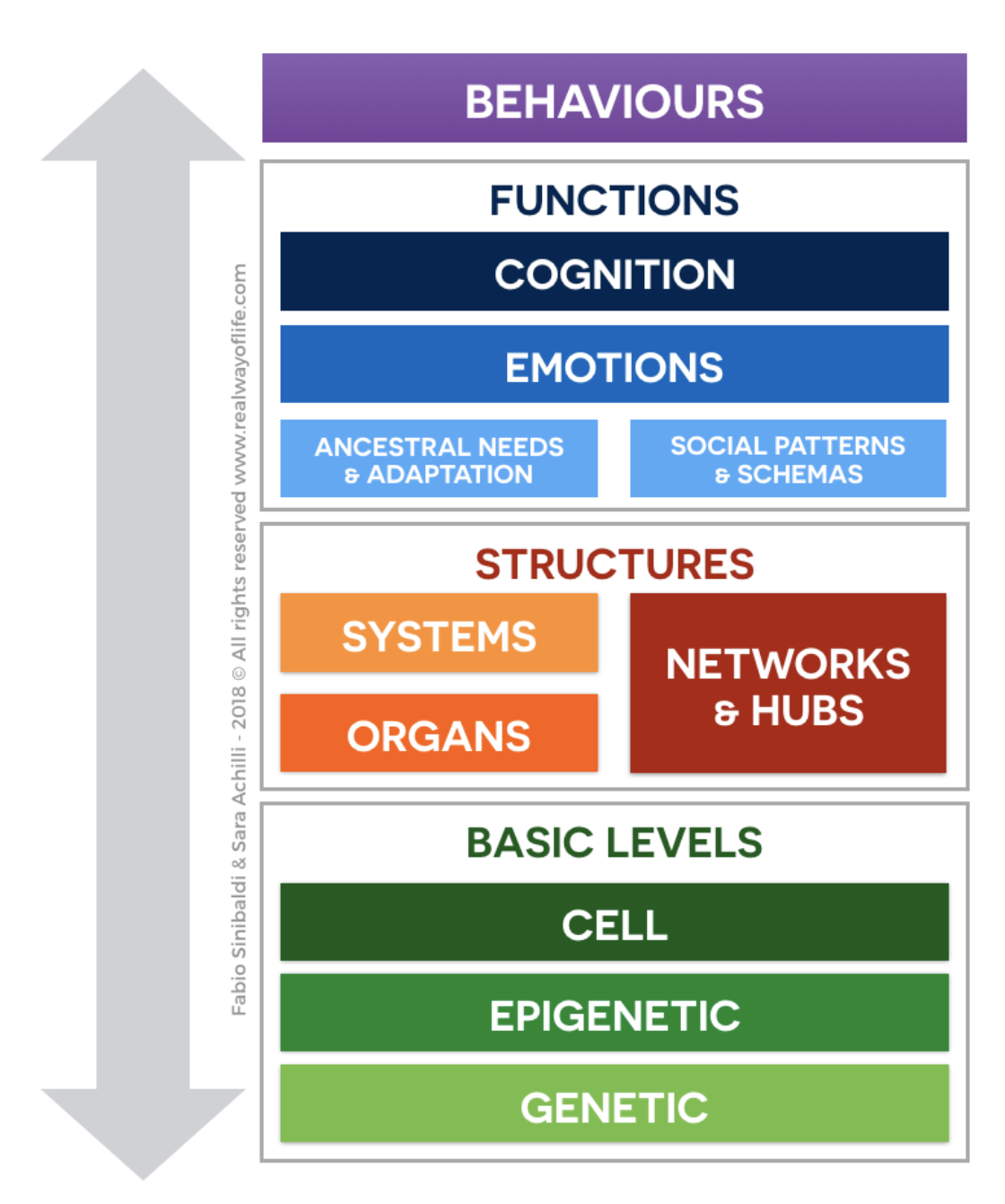 Breakdown of all Interconnected Levels with heterarchical links (non-linear hierarchies) at the core of any mind-body process.

Understanding the hierarchies and the ways that these systems and processes influence each other is very useful to help design a therapeutic or educational strategy that respects and follows these patterns.

It also provides a way to help understand resistance to change; if you are trying to change downstream or somewhere along the route, you need to look to the source first.

We often focus on psychological resistance to change such as ‘secondary advantage’ or as a ‘mental or emotional dependence on others’. There can also be resistance with indirect psychological roots (such as an ‘unpredictable’ environment which boycotts brain networks that would usually make long-term investment and therefore also impacts motivation to change).

There are also types of resistance to change that we can describe as ‘psychosomatic’, such as an inflammatory state of the immune system which can alter neural plasticity and the state of alarm. As a result, we could also say that there are no ‘difficult patients’, but only patients that need to be tackled in their full complexity.

This type of information becomes strategic to solving problems such as depression, anxiety and PTSD, in which the correlation between mental and emotional processes is in a two-way relationship with inflammatory states. 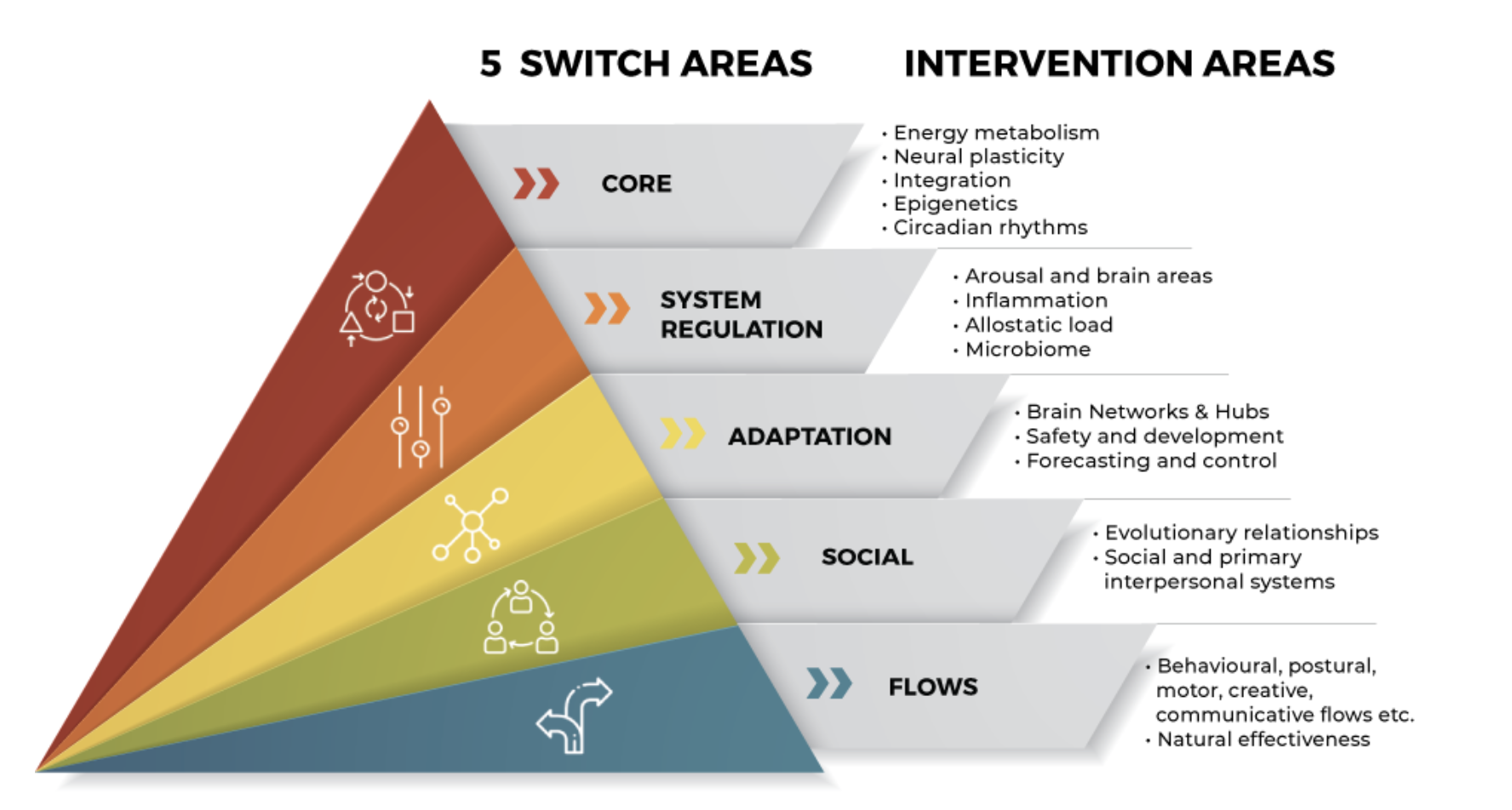 Different switch areas and some of the main areas for intervention

There are also different aspects of daily life in which behavioural hierarchies are critical: it has been amply proven, for example, that regular physical activity improves mood, health and motivation. It has, however, also been proven that physical activity that is carried out unwillingly (for example at externally imposed times and rhythms) increases stress levels in a way that is both measurable emotionally and traceable in serum biomarkers (Sasaki, 2016). This phenomenon is explained by a metabolic process, known as insulin resistance (see group 1 switches), which affects both resistance to change and homeostatic and allostatic mechanisms (group 2 switches).

An important fact, when dealing with interconnected systems and behavioural hierarchies, is that insulin resistance can also be detected at neuron level and is at the heart of various neurodegenerative diseases (in fact we now refer to type 3 diabetes to describe cerebral insulin resistance in Parkinson’s disease, Alzheimer’s disease and various other diseases) (Mittal, 2016).

Taking another angle, there are also interesting priming phenomena (such as the seemingly irrelevant information that we are exposed to when we overhear a conversation over a cup of coffee, or the colour of the walls in a particular shop) which can influence behaviour and decisions in apparently unrelated areas. These could be our ability to solve a maths problem, our choice of food or level of irritability. Various studies have been carried out and it has emerged that priming can significantly impact outcomes such as exam results or shop revenues (Langer, 2009).

External elements interact directly and indirectly with various internal elements such as self-image and the need for social acceptance, right through to the awareness of available physical resources that have a relevant physical origin (processed by the insula in the earliest phase of risk-assessment as shown in the section analysing the Salience Network as part of the third group of switches, but also addressed from another perspective, in the earliest phases of the Integrative Functional Patterns). 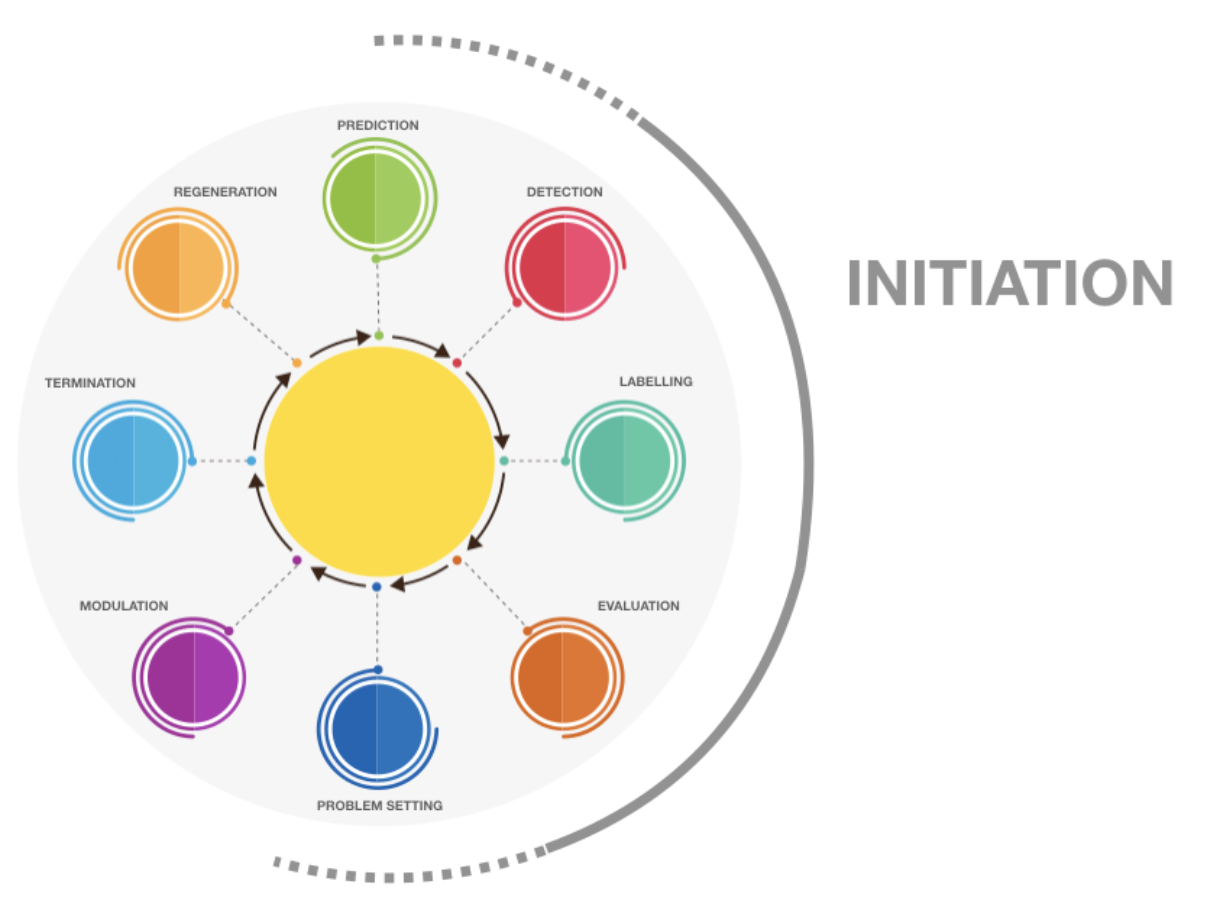 We have looked at a series of examples focusing on some of the main functions and processes taking place. We have purposely used fairly neutral terms that are not connected to any particular theoretical system so as to highlight that these phenomena are always present regardless of how we choose to conceptualise them.

To fully understand these mechanisms, it is useful to go and look at the underlying structures and systems that support them. There are various Interconnected Levels (Sinibaldi, 2017a), that provide meaning and enable targeted and methodical intervention on self-regulation processes, decisions, behaviour, safety, adaptation, development etc.

The concepts of Behavioural Hierarchies and Change Switches can therefore support a methodical approach that evaluates all processes of interconnected influence by identifying synergies (or antagonisms) and developing a veritable map of the elements at play. It is thus possible to make a targeted decision with a clear strategy on:

The professional’s ability to heal and change boils down to how these mechanisms are managed; whether they are activated in the right sequence favouring physiological processes and tackling dysfunctional processes and the systems that fuel them in a multi-pronged approach that uses different tools.

Webinar and other resources