Why we need to integrate body and mind: the Bodily Dialogue Technique example | Real Way of Life 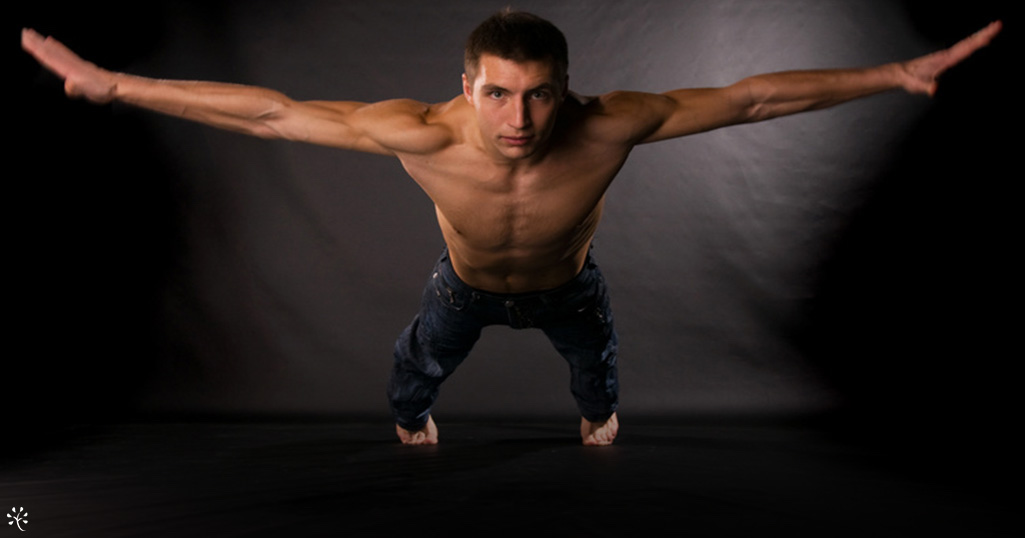 27 Dec Why we need to integrate body and mind: the Bodily Dialogue Technique example

Posted at 16:40h in Change, Emotions, Psychosomatic, Traumas by Real Way of Life

From verbal to integrative therapies

Approaches of care and change that are based solely on words and verbal thinking can also act indirectly on some emotional and ancestral connections to memories that are held in the body. The body plays an essential role, not just in the case of trauma, but also in other aspects of implicit memory that are not immediately verbalized or verbalizable.

This is because words alone cannot integrate, in a complete and deep way, “disorganized” elements such as sensations, movements, schemes of action, and sensory perceptions.

For this reason, even some of the more orthodox approaches have introduced alternative modalities such as the use of dreams, hypnosis, or prescriptive behavioural changes and these modalities can touch certain aspects of implicit (bodily) memory in a more immediate but indirect way. In this this way, we can begin to effectively integrate elements that had remained blocked or unexpressed at both the motor and sensory levels (remember that a strong component of every emotional process is strictly linked to motor activation patterns – more info).

A trauma can deeply impact our neurobiology, creating dysfunctional patterns in mind-body processes such as self-regulation, emotions, memory, cognition and self-esteem. These patterns create modifications at all levels – nervous and hormone systems, thoughts, emotional responses, perception, sensations and immunity – and they completely modify the way the work.

However, not only traumas can lead to these negative effects on our physiology. Emotional deprivation in infancy or a prolonged dysfunctional modality in satisfying our ancestral needs (safety, mastery, defining social roles, etc.) can also have similar consequences.

In summary, we can say that all these disruptive events leave unprocessed elements in different subcortical areas (such as the amygdala, thalamus, hypothalamus, brainstem), that can’t be correctly processed and integrated in a global integrated system.

The wise clinician needs to be aware that these unprocessed elements are difficult to access and to modify only with words and logical thinking, which first arise from the frontal lobes.

We are wired to use body and mind together

As we have seen in previous articles, all the mammals (man included) have systems that start from the body and repair not only the body itself, but also its mental and emotive functions.

From the neurobiological study of man, it also appears evident that the physiological reparative processes go mainly from body to mind.

This is why it is important to activate and regulate the bodily functions in order to facilitate change or healing.

The first requirement for achieving this is that people start feeling their bodies again—its sensations and signals—and also the experience of sensing oneself as being one whole, unified organism in total harmony with its vital, perceptive and motor functions.

Other ways to achieve these levels of integration 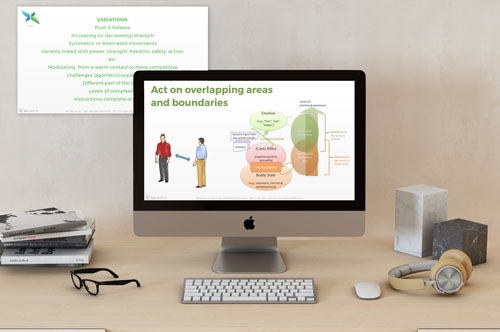 We have so far looked at the characteristics of verbal therapies and their evolution. On the other hand, there are non-mental disciplines, such as theatre, yoga, tai chi etc., that can access sensorimotor awareness (images, both bodily and non-bodily, intended as sense) and other pre-verbal aspects, but often these are not adequately integrated with the logical and verbal parts we need to connect with, in order to achieve our therapeutic ends.

At this point we must understand how to facilitate this integration and consider what tools we have.

Concerning mental and bodily disciplines, we have two possibilities:

There is also a third possibility. Knowing and applying the techniques and strategies specifically developed to favour this integration.

Obviously one option does not exclude the other; they can actually only strengthen one another.

We, at Real Way of Life, focus on the third possibility because it’s the cornerstone of our work, but we are the first ones to invite people to experiment in the other modalities. During our training courses, we meet psychotherapists and counsellors, as well as instructors of yoga or other oriental disciplines, who are searching for more tools to add to the ones they already have.

The first approaches employed in favouring this type of integration have developed different techniques. The main ones are based on focusing attention on emotional and bodily experiences, eg: making requests like “what do you feel”, “where do you feel it”, “what happens to your body when you say/think this” (The main reference authors are B. Van der Kolk and P. Ogden).

In other cases we physically interact with the patient to activate intense and coherent physical and emotional responses connected with the situation that is being approached. These are interesting techniques that can be applied effectively, especially in cases where trauma has been re-activated.

Our work has focused on the development of other integrative techniques that amplify the possibilities and modalities of application. These are structured techniques, which have many variables and alternative possibilities.

Let’s now look at, for example, one of these techniques, which has 3 different sub-variants that are useful in creating integration.

It’s about making two people’s bodies dialogue, in place of their voices.

It can be realized in different ways.

A first way concerns the possibility of understanding the needs and intentions of the other only through their body and to answer with our own body.

Note: we are not talking about non-verbal communication, but rather of two different things:

The primary objective of this activity isn’t necessarily a major understanding of the other, (though that is something that improves as a consequence), but rather the possibility of creating situations in which we can better integrate body, feelings, emotions and thoughts in a word-free context, which is more similar to the original evolutionary phase of our social relations.

Furthermore, it’s a situation that, having no verbal dialogue, remains free from excuses, alibis and suggestions that generally detach us from our real, primary feelings and emotions.

A second way to practice the bodily dialogue is to feel the intention and the activation state of the other through physical contact. It’s what naturally happens with dance couples, but also with contact sports athletes (from judo to rugby). Such activities represent an elective way to develop this type of integration, and similar situations can be recreated isolating their principles.

One way is to stand face to face, placing the palm of your hand against the other person’s palm (without holding it; just touching it). At this point the couple has to move their hands in the space, sensing the altering moments when one leads and the other follows.

The one that follows has to do it with fluidity, not changing the type of physical contact or pressure between the two hands (they could touch palm and fingers very lightly once, then just the top of their fingers with a light pressure, etc.).

After some practice, the two should be able to exchange roles without telling each other verbally and still remain in complete harmony.  This is a very flexible technique that we have described, and it can be applied in many different situations where bodily integration is the goal.

A third way finds its origin in some evolutionary behaviours typical of mammals, like the act of rubbing their faces against another’s face, or the body language that is typical of cats and dogs but is also visible in children under two years of age. It’s the action of the “shove with the shoulders” that animals exchange during rituals to challenge one another in a playful manner or to establish the dominance ranks.

These acts can be easily observed in adolescents, who hit their shoulders or chests together as a challenging game of power during games, sport matches, or concerts.

As we become adults we lose these behaviours, forgetting—at least as aware memory—their original meaning, but we actually keep this awareness partly at a bodily level. In fact we experience it as a serious invasion if someone in the street bumps his shoulder against us. This makes us immediately angry, as being proof of a high level of perceived threat.

Also in this case, the knowledge of this mechanism can be used actively to our advantage, allowing us to “play” and “modulate” this type of contact, with the added value of integrating the elaboration of thoughts, emotions and relational dynamics that become activated or de-triggered at different times.